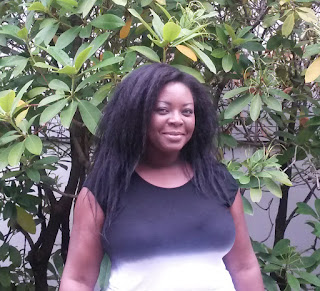 Raven R. Bowen is a visionary and co-founder of the Hooker Monologues. She is an award-winning activist and has been involved in sex work rights advocacy, anti-oppression organizing and community development in since 1995. She won a Lifetime achievement award from The Naked Truth (TNT) and has a service award named after her, given to activists working in organizations who provide outstanding service to sex workers. Raven is responsible for building alliances across public, private and voluntary sectors, and for developing capacity toward the social, economic and political inclusion of people who trade sex, and to support their equal and safe participation in civil society. Raven provided direct support to sex workers at PACE Society (1995-2000) and became its Executive Director (2000-2006), then Regional Coordinator of the BCCEC (BC Coalition of Experiential Communities, 2004-2008). She has co-founded and co-created a number of sex worker organizations and programs in Vancouver including the Mobile Access Project (MAP) with Kate Gibson, Executive Director of WISH Drop In Center Society, FIRST–a feminist advocacy group, and the West Coast Cooperative of Sex Industry Professionals (WCCSIP) with Sue Davis. Raven helped write the first funding proposal for HUSTLE an outreach, netreach and support service for male and transgender sex workers.

Raven has many community-based publications to her credit, including i) “Research Ethics: A Guide for Community Organizations” and “Tips for Research Participants” in 2006 in which Raven collaborated with sex workers and academics to establish ethical parameters for researchers conducting projects with sex workers, in keeping with the Tri Council Policy Statement. ii) “Human Trafficking, Sex Work Safety and the 2010 Games: Assessments and Recommendations”, for the Sex Industry Worker Safety Action Group, which she co-wrote with Esther Shannon and explored human trafficking and hallmark events, in preparation for the 2010 Vancouver Olympic Games and is available at the Vancouver Police Departments’ website.

Raven holds a Certificate in Liberal Arts, a Bachelor’s Degree in Sociology and a Master’s Degree in Criminology from Simon Fraser University. Her thesis entitled “They Walk Among Us: Sex Work Exiting, Re-entry and Duality” examines how active and former sex workers have made sense of their movement in and out of sex work as well as ‘duality’, their simultaneous involvement in both sex work and square work.

In 2013, Raven was a major contributor to Vancouver’s chapter in “Selling Sex: Experience, advocacy, and research on sex work in Canada.” In 2014 Raven co-authored a chapter with Tamara O’Doherty on collaborative research with sex workers as co-producers of knowledge in “Negotiating Sex Work: Unintended Consequences for Policy and Activism”. She has 2 peer-reviewed journal articles for 2015: “Taint: an examination of the lived experiences of stigma and its lingering effects for eight sex industry experts” and “Squaring Up: Experiences of transition from off-street sex work to square work and duality—concurrent involvement in both—in Vancouver, B.C.”

Raven worked as a Program Manager at the University of British Columbia, School of Nursing on the SPACES (Sex, Power, Agency, Consent, Environment and Safety). Please see 2015 SPACES Discussion Document. Raven is pursuing her PhD under the supervision of Professor Maggie O'Neill at Durham University in the UK. 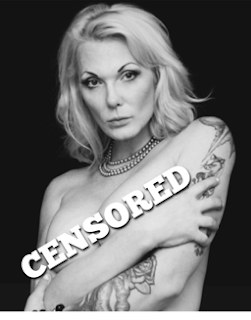 Velvet is widely known for her appearance on the wildly popular documentary series KINK. She is also a woman, a woman who is a transexual advocate, educating folks on the good, the bad, and the ugly of the world of sex toys and adult therapeutical aids, and as an activist, crusades for the rights of others. As an advocate she created the first Fetish Night in Vancouver which ran for 10 years. Life as a fetishist and visual artist led her to sexual activism, recently finishing work with the City of Vancouver Task Force on Sex Work. She recently finished work as a sensitivity facilitator with Living In Community, sits on the advisory of the Canadian Alliance for Sex Work Law Reform and is an active member of the British Columbia Coalition of Experiential Communities. Her website at www.velvetsteele.com presents all her current body of work to the public. 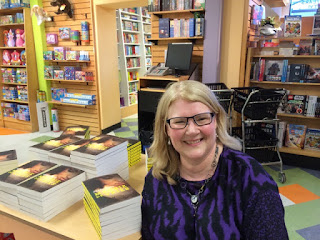 Maggie de Vries's sister Sarah de Vries disappeared from the corner of Princess and Hastings on April 14, 1998. Sarah was a street-level sex worker, and as Maggie was to learn after her disappearance, a well-loved member of her community. Since 1998, Maggie has pressured police to resource the search for the missing women, spoken out about Canada's archaic laws around sex work, written a memoir (Missing Sarah) about her sister’s and her own journey, and a novel (Rabbit Ears) in which Sarah appears as two characters. She served on the PACE board from 2002 to 2007 and helped run a DTES bookclub for women called Beyond Words. She offers workshops and speaks regularly about issues around sex work, sharing her sister’s story and letting Sarah speak directly to audiences through Sarah’s own poems and other writing. In addition, Maggie is the author of seven books for children and one other novel for teens. She teaches writing for children and young adults in UBC’s Creative Writing Program and works as a life and writing coach and mentor. www.maggiedevries.com @Maggie_deVries 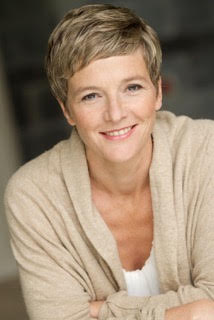 Mindy is a Vancouver based theatre creator and director. She is a founding Co-Artistic Director of Horseshoes & Hand Grenades. Theatre credits for HHG include directing This Stays in the Room (Jessie for Critic’s Choice Award), Palace of the End (Jessie Award for Best Director), 4.48 Psychosis ( 2 Jessie Awards) and You Are Here(2 Jessie Awards). In 2013 Mindy directed the World Premiere of Colleen Murphy’s Armstrong’s War for the Arts Club. In 2012 Mindy completed her MFA in Directing at UBC. She has worked across Canada with Centaur Theatre, Imago Theatre, Studio 58, Bard on the Beach, Playwrights Theatre Centre and The PuSh Festival. Mindy has studied with internationally recognized acting and directing teachers from across Canada as well as at the La Mama Directors Intensive in Umbria, Italy. Mindy is currently working on a devised piece, RUN, which she is creating with dancer/choreographer Amber Funk Barton. In addition she will direct Joan McLeod’s The Valley at the Arts Club for their 2015/16 season. 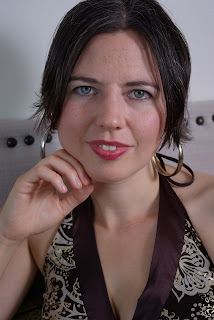 Carmen Shakti is a sex worker specializing in Tantric sexuality. She is one of the first people in the West certified to teach Five Element Tibetan Tantra of the Shangpa Kagyu Lineage. She approaches sex work as a healing art and path to the divine. She is a guest blogger for The Naked Truth and has contributed to Canadian Dimension Magazine under her other pseudonym Kamala Mara. Her poetry has been published in various magazines, and her artwork has been featured in Memewar Magazine and displayed in galleries in BC. She has a history of activism, from writing letters for Amnesty International as a teenager, to volunteering for various harm-reduction efforts in Edmonton and Vancouver, to advocating on behalf of sex worker's rights. She believes that education is invaluable in the process of sex workers gaining their human and labour rights. This belief has led her to speak at various universities about sex work. She has volunteered at PACE, and has been involved in organizing the Vancouver SlutWalk for the past three years. 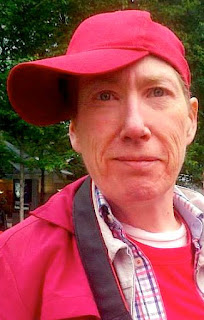 Esther Shannon is the working class mother of Sarah and Ben, a dyke, writer, artist and long time feminist who’s always trying to resist state power and control while maintaining her great sense of humor. Esther came to feminism in rural B.C., moving to Vancouver in 1980 where she was deeply engaged in the Vancouver women's movement for the following 35 years. In 2003 and while working for the B.C. government and in close collaboration with sex workers associated with PACE and WISH, she contributed to establishing the MAP project, which provides overnight support services to Vancouver's street-based sex workers. As a result of that experience, Esther became a dedicated ally of the sex worker rights movement. In 2007 together with Vancouver sex workers and feminists, she was inspired to establish FIRST, a national coalition of feminists that supports sex worker rights through public education, media relations and government lobbying projects. Esther is the proud recipient of the B.C. Experiential Communities’ inaugural Honorary Whore of the Year award (2005) and the Naked Truth’s Favorite Feminist Advocate award (2009. ) She continues to support the goals of the sex worker movement while maintaining her lifelong commitment to grassroots political activism. 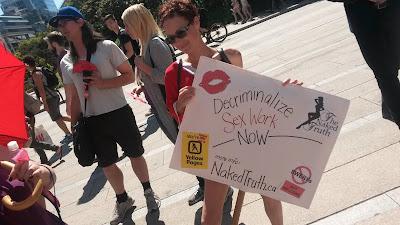 Trina has 17 years experience as a striptease artist and 15 years as a sex worker rights activist, but she's been a rebel all her life. In 2000, she founded an online community at NakedTruth.ca to support other dancers by reducing isolation, educating about health and safety, sharing information about gigs, challenging stereotypes, teaching etiquette to customers, and organizing in-person events for charity and to promote ethical businesses in the industry. Some of the groups and functions that Trina is associated with are Exotic Dancers for Cancer (in its 11th year), The Naked Truth Adult Entertainment Awards, TradeSecretsGuide.blogspot.ca, BC Coalition of Experiential Communities, Canadian Union of Naked Trades, as well as several community sex worker supportive organizations. Trina is a mom of three, a lover of writing and dancing. Currently she continues to run NakedTruth.ca and recently she founded Digital Activist Media - a project to investigate digital activism strategies and share them with other change-makers. Trina's activism efforts have expanded to include many issues, but her main activities involve sex worker and health freedom rights. 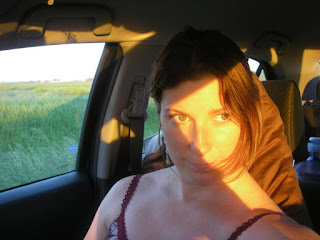 Born in Venezuela, Camille grew up in Argentina, Scotland and Canada before moving to England for twelve years. There she received a BA (Hons) in English Literature and Theatre at Kent University and an MA (Distinction) in Playwriting at Birmingham University for her play, Autobiography of Nowhere. Since returning to BC, Camille has been fortunate to devise new work as a playwright, a performer, a director and dramaturge with some of BC’s most adventurous artists.

Selected dramaturgy credits include: Motherload (Motherload Collective); To Wear A Heart So White (Leaky Heaven); Kismet one to one hundred, (The Chop), nominated for a Jessie for ‘Outstanding Innovative Creation’ and ‘Critics’ Choice for Innovation’; Clark and I Somewhere in Connecticut, (Theatre Replacement /Rumble), awarded the ‘Critics’ Choice for Innovation’. Camille is also co-artistic director of Rough House Productions, an award-winning multimedia performance company. For Rough House, Camille conceived, devised and wrote Tiny Apocalypse, which was nominated for six Jessie awards. She was lead artistic facilitator, dramaturge and director of Smile! You’re On Camera, produced in partnership with Neworld and Leave Out Violence (BC). She also co-wrote and performed in A Last Resort, which was nominated for a Jessie for ‘Outstanding New Script’. Currently, she is the dramaturge on Three Lectures on the North (Rough House/Theatre Replacement), which premieres Spring 2016 at the Shadbolt Centre for the Arts. Camille is honoured to be working on The Hooker Monologues with such a stellar and courageous group of women.

“Unless someone like you cares a whole awful lot, Nothing is going to get better. It's not.”
― Dr. Seuss, The Lorax

Cheryl has been involved in advocacy for the human rights and labour rights of sex workers for the past 12+ years, wearing many hats, including speaking on the topic of stigma in universities and schools and conducting interviews for projects such as SPACES,A Sex Industry Study conducted through the UBC School of Nursing, and Trading Secrets, an industry manual created by The Naked Truth.  She's also been involved in fundraisers and marches and basically just tries to be available to help wherever she can.